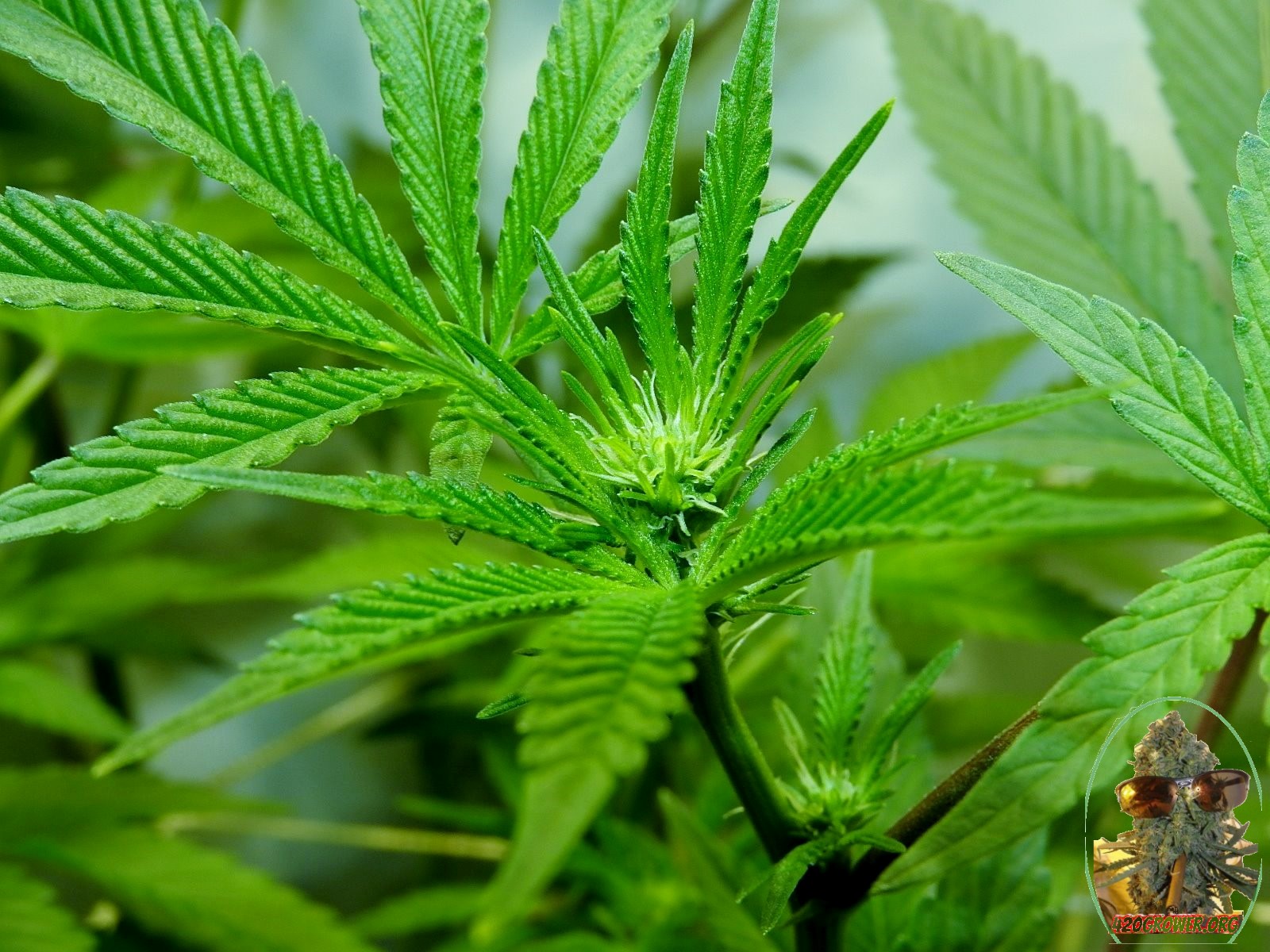 Death Bubba cannabis strain hails from B.C. Canada, that much is certain. Less certain are the exact origins of this strain. It is said to be a cross of Death Star and Bubba Kush.

Death Star is a cross of Sensi Star and Sour Diesel but the full genetics of Sensi Star have not been revealed. It is believed to be mostly Afghani but there is some Sativa in her genetics too. She is a multiple Cannabis Cup winner.

According to Leafly: “Death Bubba, bred by Matteo Suleyman of Vancouver BC’s Sea to Sky, is a beautiful, purple-hued strain with trichromes and terpenes abound. Created by crossing Death Star and Bubba Kush.” https://www.leafly.com/indica/death-bubba

I do not believe the information to be accurate though. So I would have to say the real Death Bubba’s genetics are unknown and remain a mystery. It is not at all uncommon for a dispensary to claim they have something or rename something if it is popular. 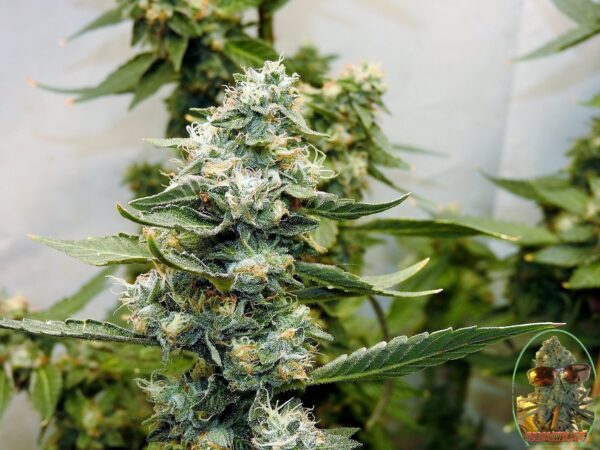 Truth be told Grand Master Level named this strain and was growing it for years before a certain Vancouver dispensary either created or renamed a variety and called it Death Bubba after he refused to sell any to them or provide them with any cuts. So the Leafly plant is a fake and not the real Death Bubba.

My plant did not come directly from GML but it is definitely the real Death Bubba cut without doubt. Death Bubba is a clone only strain and there are no authentic seeds available at this time.

I ran across an old grow on YouTube where a guy was growing a dead ringer for it. He called it Platinum Bubba Kush and it was a cross of Platinum OG and Bubba Kush. Cant say that is what it is but the plant definitely grows more like a shorter OG rather than a Bubba Kush.

Both Platinum OG and Bubba Kush are popular on the west coast so it is possible someone made this cross.

Regardless, stories about its potency and quality abound and I wanted to try growing it for myself.

So here is my cut:

I will begin vegging it out, get a few cuts from it and will be starting my grow journal soon. Here is a quick video

This strain shows strong basal dominance much like her ancestor Bubba Kush. Most plants I have grown show apical dominance. They grow much like a Christmas tree whereas the Death Bubba wants to grow like a bush.

She made a lot of small leaves and shoots low down on the plant. It was keeping top growth from happening. Short bushy plants are not well suited for my training and growing system.

In a mixed grow they would quickly get shaded. Even if they were not the lights would be up higher and there would be limited light available for growth of lower branches.

I decided to try removing most of the lower growth to see if I could get a taller more upright plant.

Death Bubba Gets A Haircut

Late Veg And Another Defoliation

I saw a positive response from removing lowers. Leaves were larger now and although the main branches were upright enough there still was a lot of lower growth that would be poorly lit and not grow well. So I decided to trim her again.

She will be flowered in 2 weeks. I just can’t hold her any longer. She shares her grow space with Tropicanna Cookies which is a very tall plant. It is 24 inches tall and ready to flower while the Death Bubba is only about 16 inches tall.

I decided it was now or never and put the whole closet into flower. Although the Death Bubba is smaller than I would like I still think she will do well.

There are 4 Tropicanna in the closet along with a GG4 and an Animal Cookies. Animal cookies is supposed to be a tall plant and the Tropicanna gets tall and I felt waiting any longer would result in an out of control grow considering the number of plants in the closet.

Today is day 7 Death Bubba and her roommates are doing well. Right now it is the smallest plant in the grow. She looks healthy and is starting to stretch. Everything else is bigger as you can see from the video.

Today is day 14 and my Death Bubba has started flowering. She is not a big plant but the flowers are looking good. Everything in the closet was given a leaf stripping and lollypopping on day 14.

Nutes were bumped up too. They were getting about 700 ppm and are now at about 1200 ppms. Some additional cal mag was added because I am seeing some purple stems on this girl. Most OG and OG crosses will usually need extra cal mag especially under LED lighting.

Getting towards the end of stretch and there are a fair number of side branches that made it through the screen. She’s not big but has a good number of flowers and trichomes are just starting to show up too. So far she looks promising.

It’s time to leaf strip the plants. Growth has been good and it looks like a jungle.I want to get air circulation and light into the grow and also remove some lower branches.

Since I dont process anything I want to limit small buds that take forever to trim and add very little additional weight. For me leaf stripping helps accomplish this.

The Tropicanna continues stretching even on day 21 and is hitting my lights. I put my first net in higher than usual so I have not put up a 2nd trellis net, but may need to work one in there.  That could help spread some of the tops out and away from the lights.

The Death Bubba is done stretching and although it is not a big plant the final structure is good. This plant really is bushy in veg and very much basal dominant. But once she goes under 12/12 she begins stretching and growing like an OG.

It has developed a nice central cola with a nice whorl of branches around it. The buds are good sized for their age with thick upright pistils. Trichomes are already starting to show themselves too. This lady is really showing promise. Other than a somewhat slow start in veg I really like her a lot.

Plants are doing well following leaf stripping. I am seeing nice buds and good trichome production starting. In a week you would never know they were defoliated.

This product is not cheap but it really brings on noticeable results and buds love it. It contains an enzyme and PK booster and something that makes the buds really grow and swell beyond what any PK boost can do.

About 3 days ago I switched from New Millenium Nutrients to Green Planet. I was offered a sponsorship and thought they would be worth a try.

Plants were recovering from a leaf strip but seemed to have stalled out a bit too long so decided to try something new.

So far I have been impressed even though it’s only been a few days since the change. Buds seem larger and stacking better and trichome production seems better too. I realize it is early but at this point I think I may have found a better product.

Death Bubba And Friends Days 42 And 49

I have been continuing with the Green Planet 3 part and the rest of their line up. So far I am happy with them. Trichome production and stacking looks to be better than when I was running New Millenium nutrients. They are a good line and I grew some nice crops with them but the Green Planet seems to be working better for me.

So when I watch my videos I often pick up things I missed when looking at the plants live and in person. So I happened to notice the leaves were really dark green. Although it is not a case of nitrogen toxicity it is too much for the end of flower.

So on day 50 I decided to start flushing. Although I have switched to Green Planet I still have some New Millenium additives like Winter Frost and I decided to use it as a preflush for a week. So plants were given a light flush to help get old nutes out and then Winter Frost was added. Plants have gone from 900 to 300 ppms for a week and then they will be getting just water until done.

Here is another Death Bubba grow