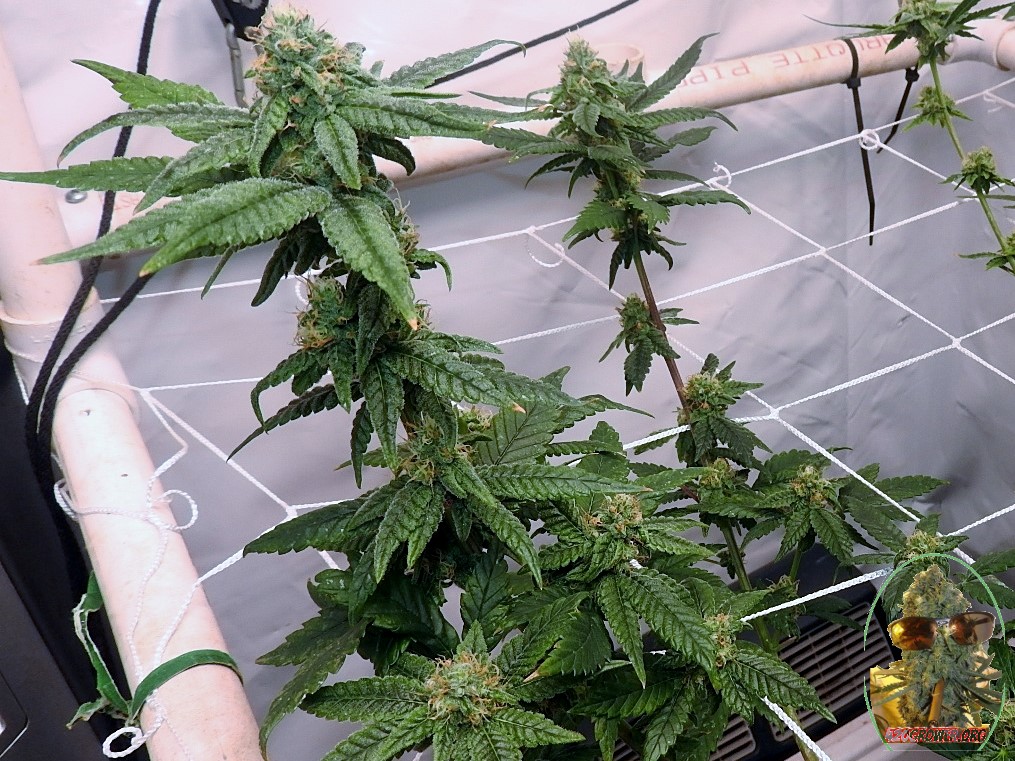 I wanted to do a White Truffle grow report. I was planning on doing a full closet of it. It turned out my clone was infected with mites.

That explains why I lost so many clones. I always get close to 100% takes but not this time. Turns out because mites make the plant unhealthy it is hard to get viable clones from it.

What Is The White Truffle Strain?

The White Truffle strain is a Gorilla Butter(GG#4 x Peanut Butter Breath) F2 pheno. It was bred by Fresh Coast Seeds but the clone was selected by an Oklahoma cultivator named BeLeaf.

Because of difficulty cloning, there is only one test plant(the original clone) and there is an Apple Fritter and 6 MAC 1 filling out the tray.

Growth was good and plants seemed healthy at first but I started noticing white spots and patches on the leaves. That comes from mites feeding on the plant.

Spider Mites On The White Truffle

Today is day 28. The White Truffle brought in spider mites. I did a leaf strip and treated with Spinosad. Hopefully they are gone.

I was noticing my moms were looking sickly but it looked like a magnesium deficiency even though the plants were getting plenty.

Normally as a preventative I treat all incoming clones with Avid or Forbid. But this clone arrived over watered and it was drooping. So I did not treat it. Those chemicals can be hard on a plant and I did not want to stress it any further.

Once I got the plants in flower I started noticing white spots on the leaves, a typical sign of mite infection. These were not your typical 2 spotted spider mites either.

They were either broad mites or russet mites. Both are much smaller. I did check the underside of damaged leaves but it was very hard to see them clearly enough to identify.

Here is my sick White Truffle after spraying with Spinosad. Before spraying I did a hard leaf strip. This removes pest infected leaves and makes spraying much easier. 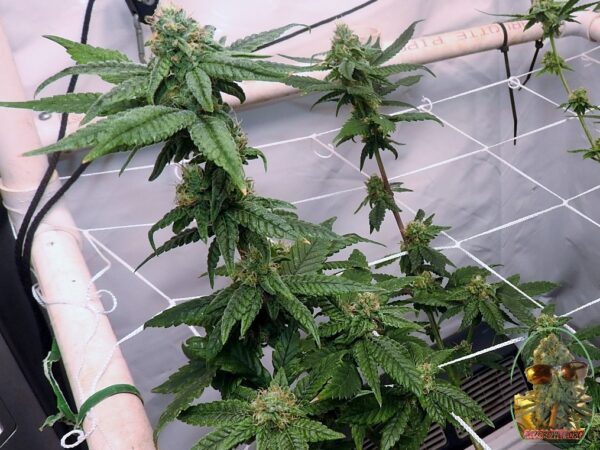 As I said this grow started off strong. It was drinking a lot and eating a lot too. So I hope it makes a full recovery.

After spraying the Spinosad left a slight white residue. Some pistils also showed some browning. A couple of days later I could see recovery.

Here are the other plants. First one is Apple Fritter. It was hit pretty hard. The rest are MAC 1 and they were not hit as hard.

The previous grow was plagued by spider mites and honestly, the white truffle was the hardest hit and was garbage.

But I am not one who gives up easily so I ran it again and this time it did much better.

Even after you get rid of the mites the effects of their feeding go on because they inject toxins when they feed.

It is hard to get a plant healthy again. At the time I did not realize I had mites.

But I knew something was up because it was almost impossible to clone the white truffle.

Anyway, I eventually recloned the mom and got a fairly healthy plant to flower. So she was flowered with an Apple Fritter and a Banana Breath.

Everything is flushing now. The White Truffle looks much better but still not up to my expectations as a keeper.

She will get another chance though. Here are some pics from day 56 and a link to the video https://www.youtube.com/watch?v=9CsKcqP8gjI 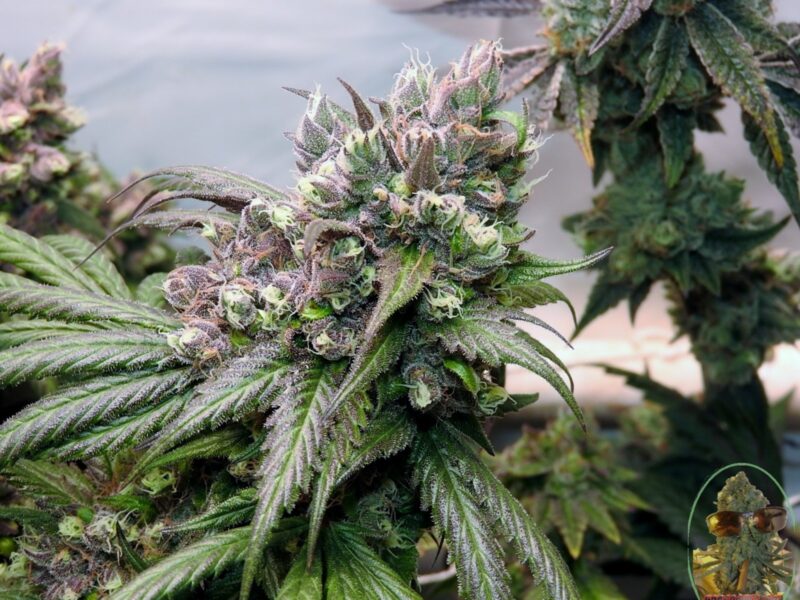 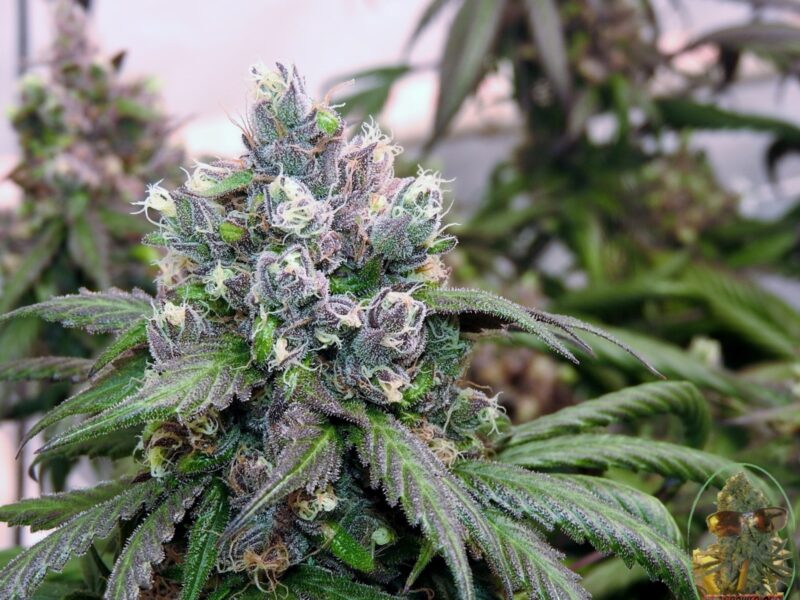 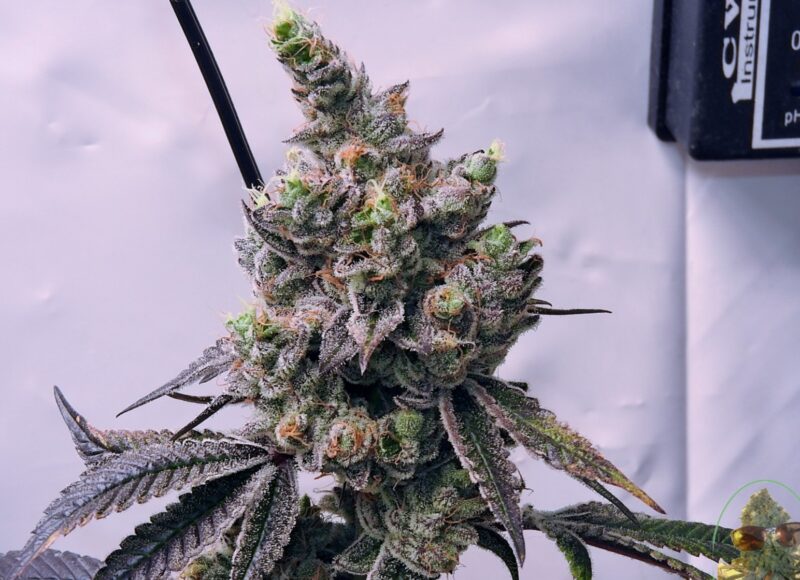 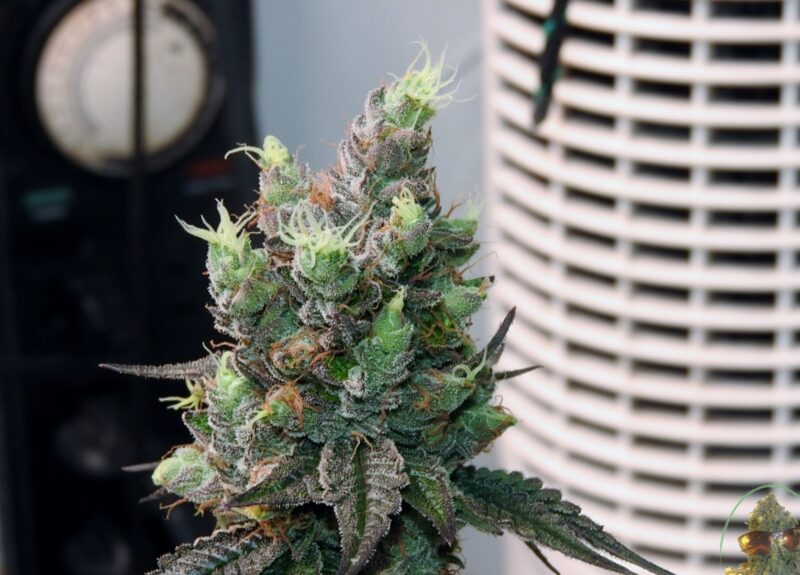 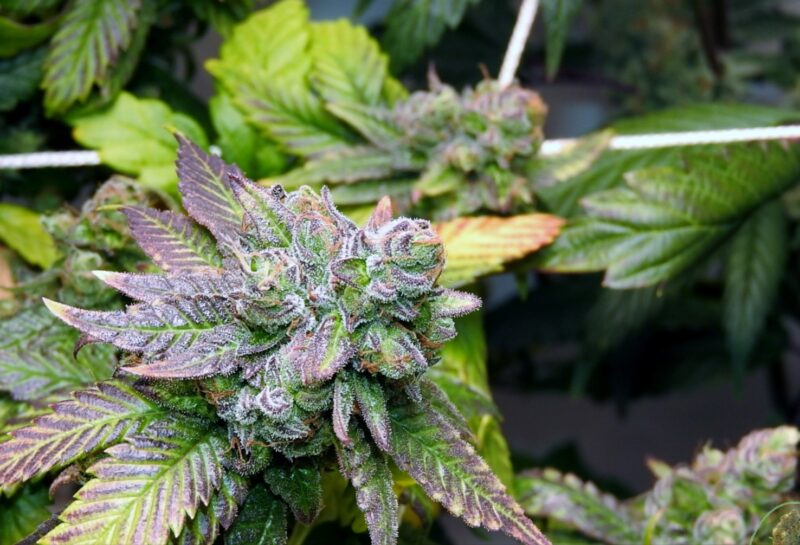 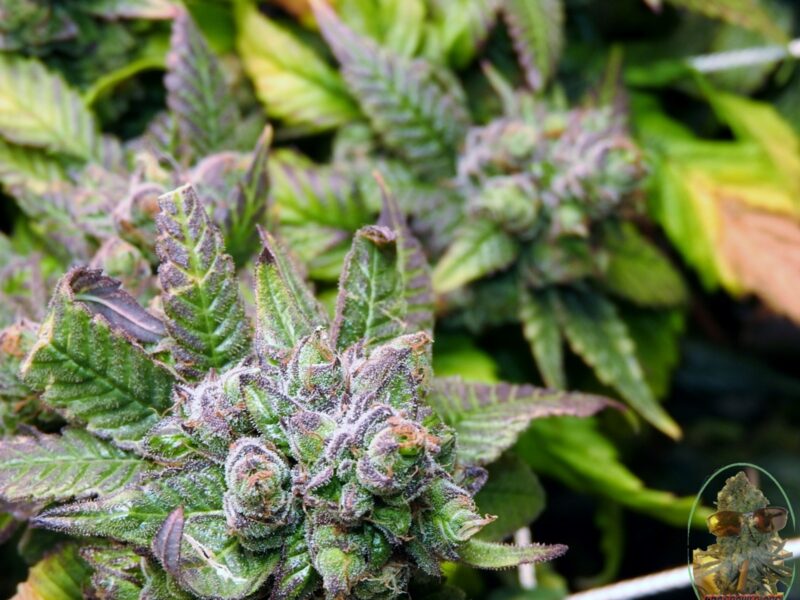 I have been running TPS Nutrients and I am very happy with them.

They seem to help a plant show its phenotypic traits better than H&G Aqua Flakes which I have used for quite some time.

They bring out the purples and the trichomes for sure and they are not that expensive.

If you want to try them you can save 10% using my discount code. https://tpsnutrients.com/discount/420GROWER