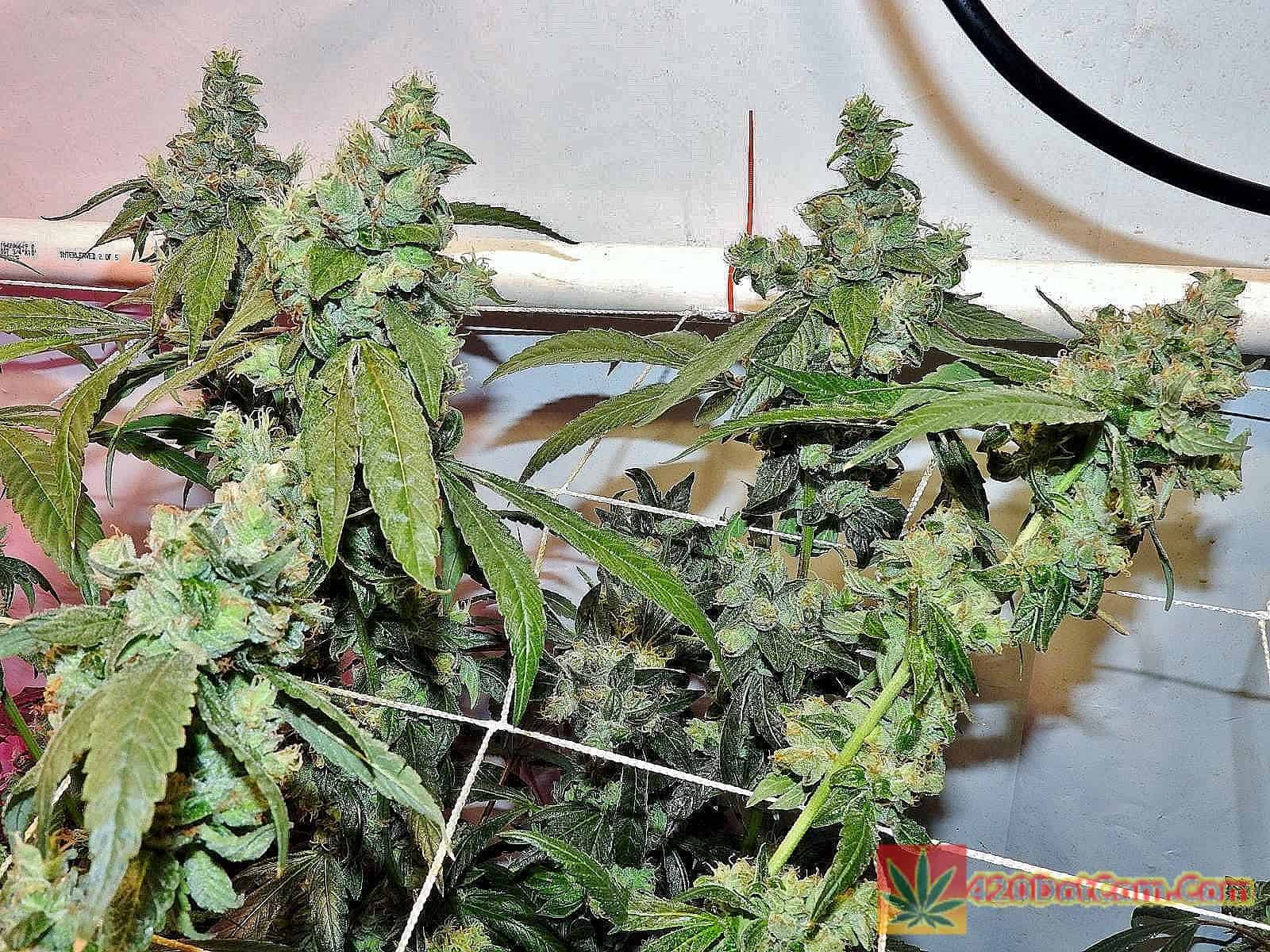 Karma Genetics has done some great work on OG strains and one of my favorites is White OG V2.0 . I have been growing it for a few years now and it is pure fire and never disappoints. 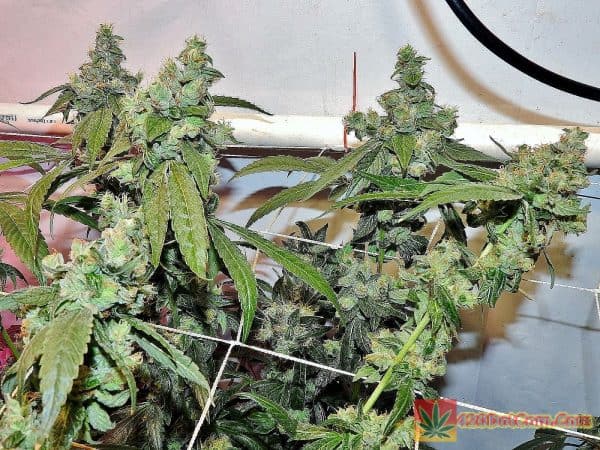 This was a coco grow pretty much using the whole Heavy 16 line. Bud A&B, Prime, Fire and Foliar. I am testing out some new nutrient lines because my old standby nutes are no longer being made.


I also have switched from aeroponics over to growing in coco because of root rot issues that I so far have not been able to conquer.

You an read about Karma Genetics White OG V2.0 genetics here but I will tell you it is one of the easier OGs to grow and some phenos finish around 9 weeks.

These plants were grown in Canna Coco in 2 gallon smart pots. They were watered with a top fed drip system. The drippers ran 15 seconds on and 2 hours off 24/7.

Unlike most coco grows, mine is a recirculating system. Drain to waste just seems like a waste to me. If you read about growing in coco everyone says go DTW but it is obvious most have never tried recirculating coco. I usually change my reservoir every 2 weeks but sometimes I go longer and I have had zero problems.

The Heavy 16 maintains a stable pH but it is usually around 6.2 which is a tad high for coco with 5.8 being considered ideal.

I found no need to add any Cal/Mag during flower although I did use some during veg because OGs are heavy Cal/Mag feeders, especially early on.

Because these plants are being given frequent small feedings it is important to use a low nutrient strength. Otherwise they will be over fertilized and bad things can happen.

Through trial and error and lots of research I feed my plants at 600 – 650 ppm. Feeding much higher can result in nitrogen toxicity.

Although these numbers may seem low, you need to remember that everything is going directly to the roots much the same as in aeroponics. The difference is coco can hold on to nutes so it is important to have some run off to prevent salt build up.

This is a great strain and if you like growing OG Kush you will love this strain. My favorite is the Biker Kush which is also from Karma Genetics. Not sure it is a better plant but there is just something about the smell I really like. Here is a link to one of my Biker Kush grows https://420dotcom.com/biker-kush-by-karma-genetics.html

I consider Karma to be a true breeder. Most so called breeders today are just pollen chuckers. They often dont even test their crosses and they dont usually work the cross to improve it. It’s the difference between having a plan and a goal or just throwing things up against a wall and hoping something sticks.