Kaya’s Koffee is a Alien OG X Alien Kush cross made by Pacific Northwest Roots. The strain tested at 31% at the Seattle Cup’s 2014 and made the Earth’s Strongest Strains list. Here’s what it looks like: 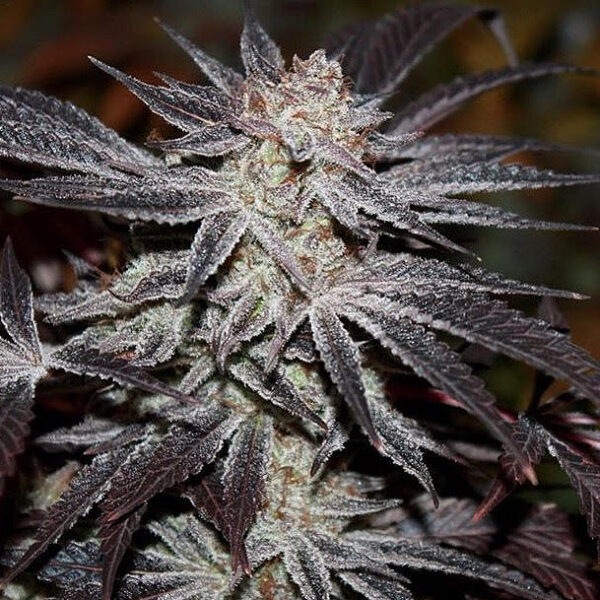 I was gifted the Koffee F3. It comes in a fancy wooden box filled with wood shavings and 10 seeds and is sealed with wax. Pretty fancy and it should be since he is selling them for $300. And here is some info on the genetics: https://en.seedfinder.eu/strain-info/Koffee_F3/Pacific_NW_Roots/

So these seeds were old and there were only 8 left. My buddy sprouted 2 but never grew them out. He quit growing and gifted the rest to me. A couple of years passed and they were not stored in the fridge like they should have been. Only 3 germinated, 2 males and a girl. One male was small and was culled. One girl is not much to judge a strain by though. So I decided to cross these two and sort through the offspring.

Why A Koffee Breeding Project?

Considering the genetics that went into these plants I am pretty sure there will be some gems to be found. I plan on adding my MAC 1, Tropicanna and Black Banana plants to this breeding project too.

I will be growing this plant out in another grow at https://420grower.org/black-banana-sog-plus-tropicanna/ and am also growing out the mom and I have a Kaya’s Koffee male I will be using for my breeding project.

So here are my Koffee F3 breeders. They are small but they will not be flowered for 6 weeks so plenty of time to grow. The girl on the left has given me several additional clones and I have another male too. 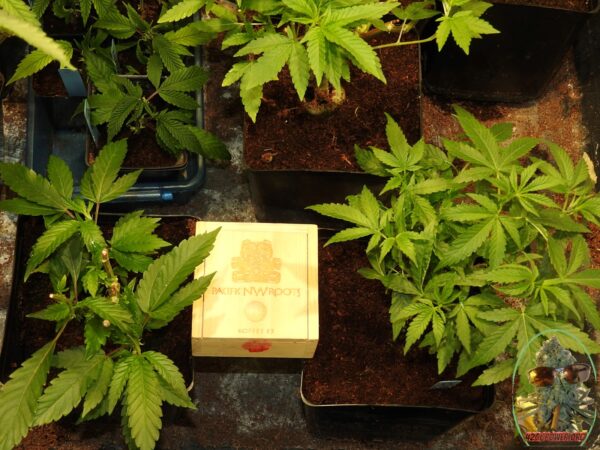 I will be back to update this project and in the meantime you can follow the Koffee I am flowering which is now only on day 7.

Here is a project update. I have 2 nice Koffee F3 that I will cross. I am also planning to use the boy’s pollen on some of my other strains.

The flowering plant is on day 28. She was over watered and has since been raised up and allowed to dry down. I put her in my flood tray and forgot she was in pure coco which led to a very soggy and unhappy lady.

She is recovering nicely now and almost looks like a different plant. There are some nice buds on her and very nice stacking taking place. I only have one girl but she looks like a winner. It will be interesting to see what comes out of this cross.

From The Breeder Kaya Paul At Pacific NW Roots

I asked Kaya about the Koffee F3 and here is what he said about the cross:

Both my closets were just harvested. Still hanging on to a few plants that need more time like the Koffee. Meanwhile my veg tent was bursting at the seams so I packed my #2 closet full of plants for my next grows. Platinum Candy turned into a rock star and wish I could say the same about the Koffee.

I am going to flower the Koffee one last time. If she does not do any better she will be gone. She isn’t bad but also isn’t that good. Not good enough to breed with based on what I am seeing. No disrespect to Kaya and one plant is not enough to base a final decision on but it is all I have.

So here is a link to my Kaya Koffee grow. LAST STAND FOR THE KOFFEE? 8 MIXED UP MOMS  ‎ I later decided to terminate this project. You never know until you grow but despite all the good things I heard about the Koffee she was a disappointment to me.