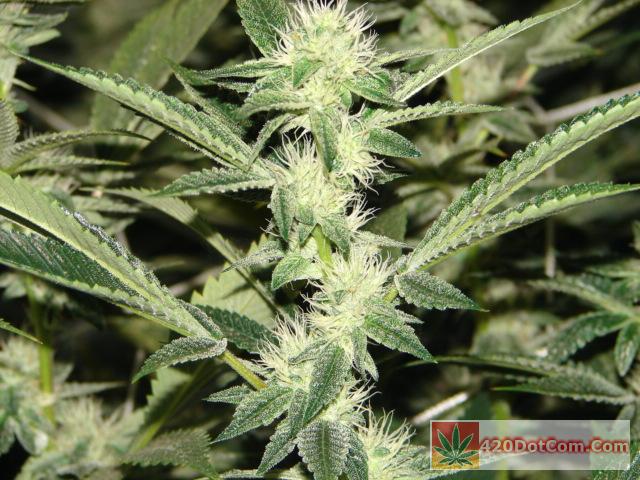 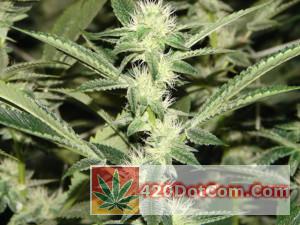 OG Kush is a strain that every grower has heard of and one that every grower should try at least once. It is definitely not the easiest plant to grow. Yields aren’t that great and branches flop all over without support but the high THC levels, the high itself and the unique taste keep people coming back for more.

OG Kush genetics are popping up everywhere. Every day there seems to be a new cut or cross popping up. Even people who don’t smoke know the name. I don’t think any other strain has ever gotten so much attention.

Yet the truth is very little is actually known about this strain. Yes growers have learned to dial it in but the origins of OG Kush seem to be shrouded in history. No one can even agree on what OG actually stands for. Add to that the fact that the plant grows like a sativa and nothing like a kush and it’s no wonder things are confusing.

What’s Does OG Stand For?

Most of us have read the Ocean Grown vs mountain grown story about the 2 guys who met in a bar. It’s a great story, but really, Ocean Grown? It just doesn’t make sense. But this story puts the lineage of OG as ChemDawg x (Lemon Thai x Old World Paki Kush) which may not be far from the truth.

The Old Gangster version isn’t really much better because I’m pretty sure it was already being called OG before anyone started singing about it. OverGrow is another one that gets mentioned and has some plausibility but the time it was on Overgrow doesn’t really match up.

I personally think OG stands for original genetics. We are dealing with growers and breeders remember. This was a tightly held cut and anyone getting it would want to make sure they had the Original Genetics or just OG for short.

When this cut got to Cali it started to spread and it was bringing about $8500 a pound. B-Real and his crew got their hands on the cut and started singing about it making it even more popular. So naturally imitations started showing up. OG became tacked on to the name at that time to differentiate it from the copy cats.

If you listen to the first video about 27 minutes into it, Josh, who was Bubba’s partner describes the scene in Cali when they brought it in and how they had to add Original to the Kush name. So I think it was already being called OG Kush before anyone sang about it.

This strain has likely been around since 1991 but was not called OG Kush back then. That is when Chemdog cuts started being made. Many believe Chemdawg is either related or part of the OG genetics and there are definite similarities between the two. The Chem cuts came from bagseed in a Colorado strain known as Dog Bud which originally came there from California. More on this in my Chemdawg article.

The original OG Kush cut was found in an ounce of bagseed in Florida by a group of guys including Matt “Bubba” Berger (he bred the original Bubba Kush) and a guy named Josh. It was also found in 1991 and brought to California in 1996.  Originally they called it Kush because they liked the name and not because it was one. The term OG Kush didn’t start getting thrown around until later in 1998.

It was then sold and spread as Oger by Orgnkid on the Overgrow.com and he sold some to Ghost which became known as the Ghost Cut. He also started selling S1 seeds from it. But the theory of the OG standing for OverGrow doesn’t really work because that forum didn’t really start rolling until about 2000 and it was already being called OG about 1998. I think the name Oger was a take off on original genetics to let people know it was the real deal.

The True History of OG Kush

The Adam Dunn Show did a series investigating the origins of the OG Kush strain which I think provides a lot of valuable inside information from the actual players in this game. If you want to learn more about this amazing strain it is definitely worth listening to.

The mystery will be eventually solved by tracking chemotypes. They have launched the OGenome project to do just that. The original completion date will be 4/20/15 and it would be cool if they can do it that fast.

A lot of people have renamed cuts and it may all be from the same cut unless it was selfed or hermied and got crossed with something else. So they will be able to track the terpine and resin profiles to find which are the same, which are fakes and which are hybrids. It will tell us if the Chemdog is a parent or a sister too.

Adam & Mitch talk to Matt “Bubba” Berger who found a bagseed in Florida that would later become known as OG Kush. Bubba is joined on the air by Josh, who ran the clone in California and eventually passed it to B-Real’s crew and OrgnKid (who popularized OG Kush to the world on the internet). Then they speak with Dave Richards aka Dave Mann who reveals for the first-time ever the huge underground bunker complex in which the predecessors of OG Kush, Chemdog, and most of the other popular strains were bred in secret and sold all over the country.

Dave Richards aka Dave Mann delivers some outstanding information on a huge grow op that may have been the source for Chemdog and OG genetics. You really don’t want to miss his story. It starts about 55 minutes into the show.

I was totally blown away with his story because I believe all this killer 20%+ weed didn’t just happen by accident.  According to Dave OG genetics are made up from a 3 way cross of Thai, Hashplant and Afgan. Someone had to breed it and I truly believe it came out of these bunkers. So I did a bit of research to see if any of this could be true and found this article:

Three men were arrested and more than 6,000 marijuana plants seized from a massive underground bunker north of Lancaster in what authorities Friday said was the largest such operation ever uncovered in the county.

“It’s the most incredible thing you’ll ever see in your life,” said Capt. Larry Waldie, commander of the sheriff’s narcotics bureau. “We’ve never seen anything quite as sophisticated as this.” Waldie estimated that the site on Avenue E near 40th Street East had been operating for two years. http://articles.latimes.com/1990-11-17/local/me-3949_1_massive-marijuana-farm

Adam & Mitch continue the conversation with Dave Mann aka Dave Richards, who reveals more details about the massive breeding projects conducted in the 1980s that led, by Dave’s account, to the bagseeds that would turn into OG Kush and Chemdog.

This video continues the story of where the OG Kush came from and how Orgnkid spread clones and seeds of OG on Overgrow.com. It seems many of these cuts are from the same plant. OG Kush seems like a strain can grow differently in different environments, feeding schedules and media. It is very adaptable and could easily make growers think they have a different cut.

OGenome Project Is Under Way

Finally, there is a light at the end of the tunnel for OG lovers and growers. After testing the chemotypes of all the various cuts we will finally be able to sort out what is what with OG Kush genetics. The testing will create a genetic profile of the resin. The cuts will be provided by verified sources, so don’t rush to send your favorite cut in.  We will know what is true OG, what’s a cross and also how the Chemdog and Diesel fits into the picture. To me this is very exciting.

If my guess is right we will find that many people who keep multiple OG cuts will find they only have 1 cut instead of a bunch of different cuts. Some people may actually find they don’t have an OG at all but something similar.