Hells Angel OG is my favorite strain so far. I have tried hard to find out if anything is better and so far have come up short. It has the most incredible smell and taste. It is loud as hell, rock hard, super potent and a good yielder.

So here is some Hells Angel OG grown under a Platinum P600 and a COB LED from Pacific Light Concepts. I will be harvesting in the next 7-10 days.

These girls were grown from clones that had issues but they still produced some beautiful buds. Hard as a rock, super sticky and potent with the most incredible citrus OG smells. I wish I could make cologne from it.

This is the first time under LEDs for these girls. This strain is normally pretty tall. They ended up being much shorter than I thought so the screen was set a bit too high. I ended up having to use yo yos to hold up some branches.

I am not sure if shortness was due to the LED lighting, weak clones or both. I don’t really expect a great yield this time around but I do expect fire nugs.

Here are a few pics of the girls: 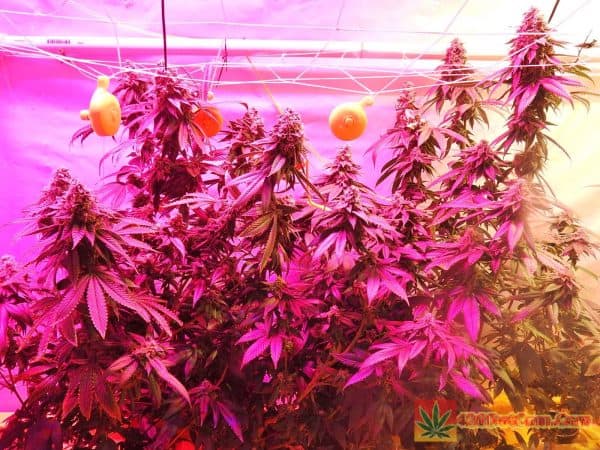 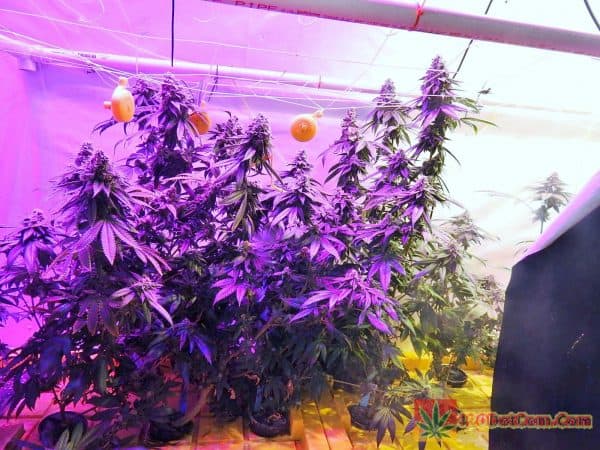 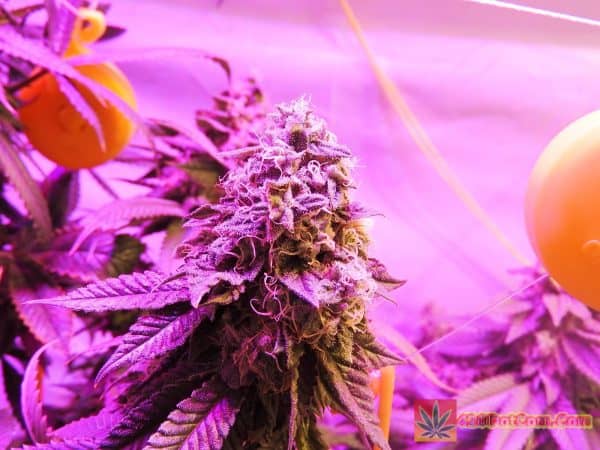 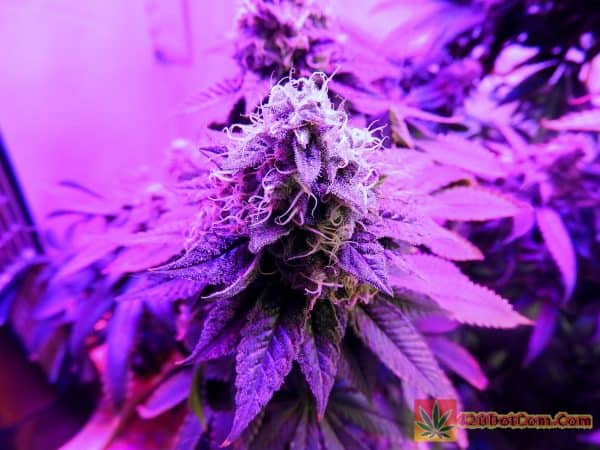 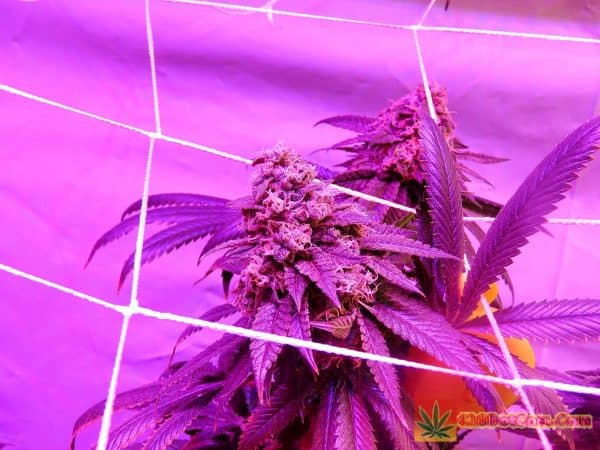 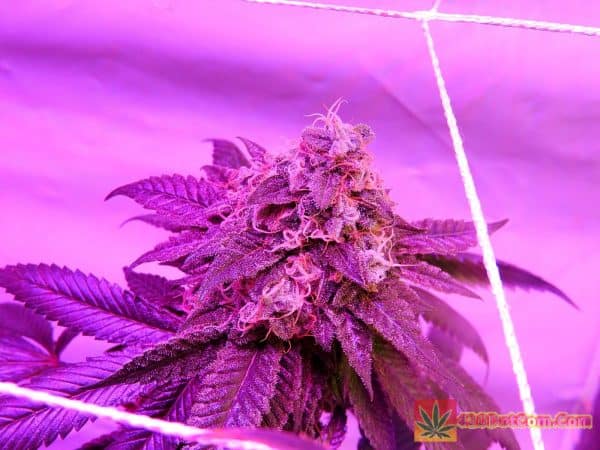 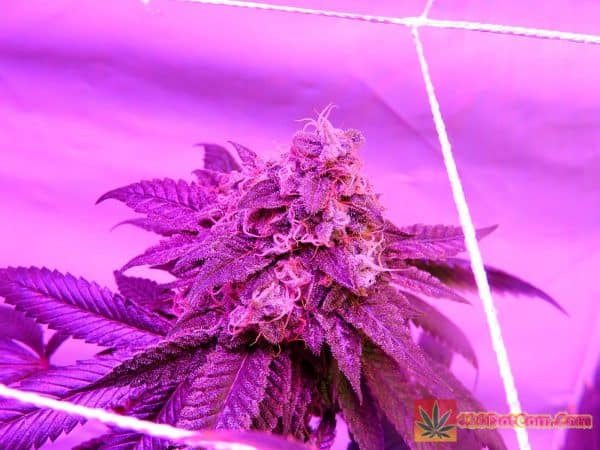 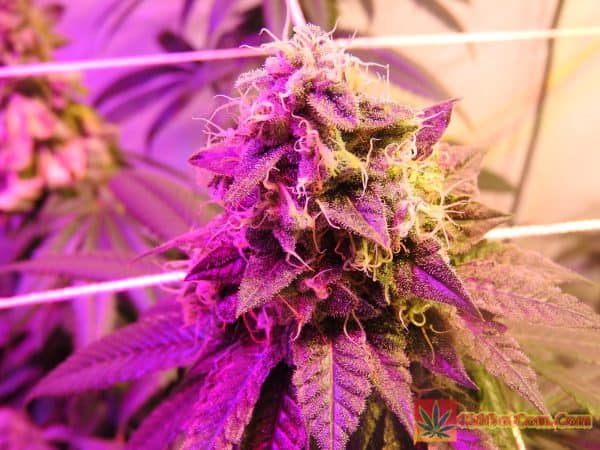 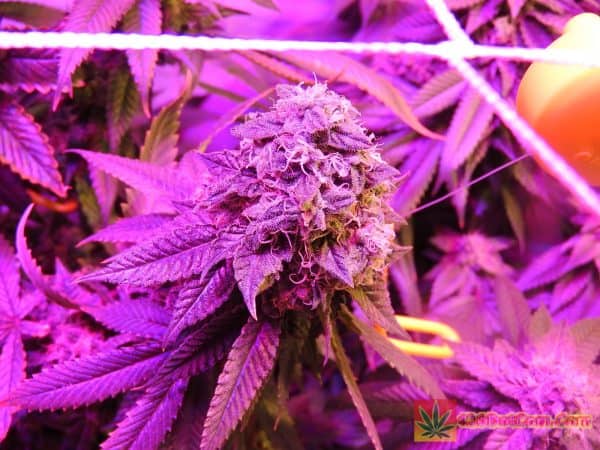 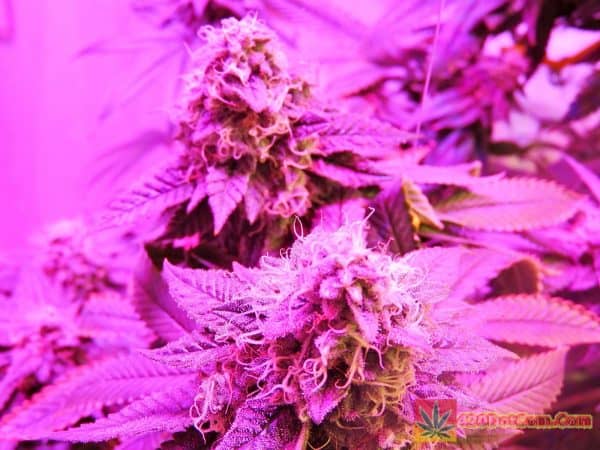 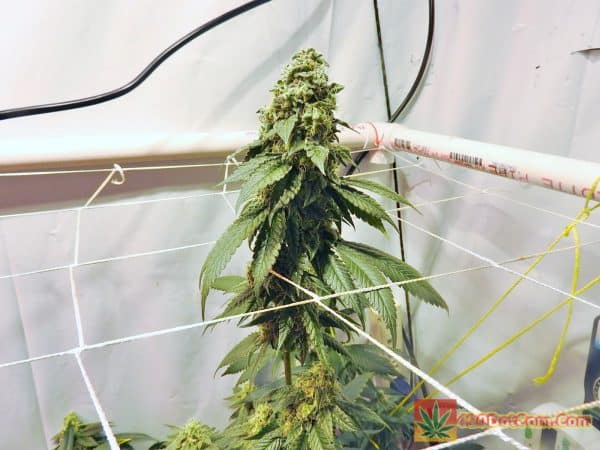 This pic was taken under a 3500k 250w COBLED from Pacific Light Concepts.

The pic below has a very Christmasy look to it with the contrast between red and green. It was taken with just the red lights on the Platinum LED. It’s beginning to look a lot like Christmas even for Hells Angels. 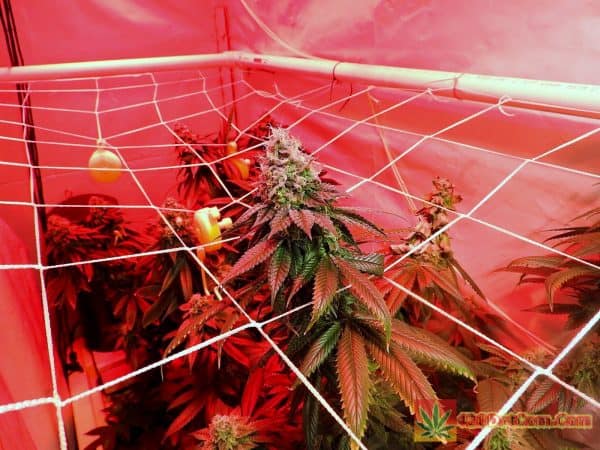 I am going to be starting another run from seed in the next few days and will document the whole grow. But here is an earlier Hells Angel OG grow https://420dotcom.com/hells-angel-og-karma-genetics-biker-kush-grow.html

For more about this strains genetics https://en.seedfinder.eu/strain-info/Biker_Kush/Karma_Genetics/