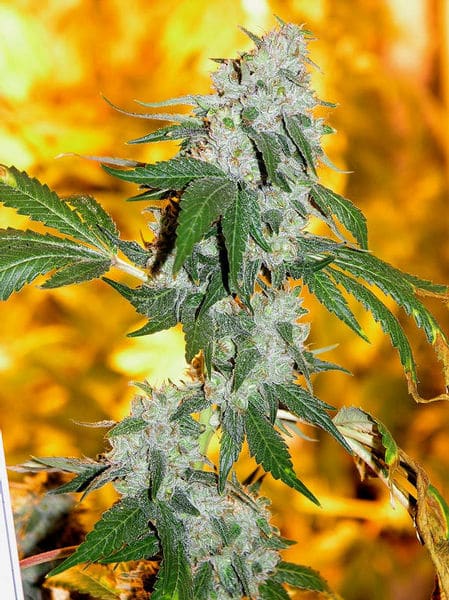 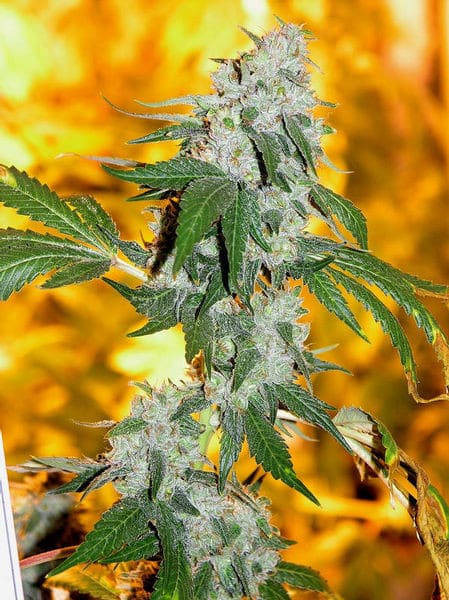 If you grow weed or even if you just smoke it you have probably heard of the Chemdawg or Chemdog strain.

This stain is believed to be one of the parents of OG Kush and indeed they do look very similar and have similar smells and flavors.

It is also the same plant as Diesel and Sour Diesel although most are not aware of this.

I am kind of a marijuana history buff and also interested in  strains and their origins. I think the more we know about a strain the better job we can do growing it.

I guess I am just a weed geek because I find strain history fascinating.

By the way, according to Chemdog himself, this strain is called Chemdog and not Chemdawg.

Anyway I think I can help fill in some of the blanks and help unravel some of the Chem Dog mystery.

Below is a description of this clone only strain which for the most part is accurate.

At a Grateful Dead show at Deer Creek Amphitheatre, joebrand (aka wonkanobe) and pbud met chemdog and sold him an ounce of very high quality pot for $500. Joe and Chemdog exchanged numbers and they later arranged for two ounces to be shipped to chemdog on the east coast. According to chemdog, one ounce was seedless and the other had 13 seeds.

In ’91, chemdog popped the first 4 seeds. From these seeds, one male was found and disposed of (chemdog was young, you can’t blame him). The 3 females were labeled “chemdawg” (now ’91 chemdawg), “chemdawg a” (now chemdawg’s sister), and “chemdawg b”. In 2001, chemdog and his girlfriend attempted to germ 3 more seeds, labeled “c”, “d”, and “e”. the “e” seed never germinated, “c” turned out to be junk (according to chemdog), and chemdawg “d” was the keeper.

In 2006, chemdog and joebrand reunited and joe was given 4 of the last 6 beans: Chemdawg phenos 1-4, “4” being the chosen keeper. Joe thought the “4” was the best representation of the original and thus dubbed it the “reunion pheno”. Chemdog still has two seeds left in his stash. http://en.seedfinder.eu/strain-info/Chem_Dawg/Unknown_or_Legendary/

This video appeared on the Adam Dunn Show. YouTube flagged it and took it down but luckily someone put it up again so don’t know how long it will stay up.

The video starts at the 1 hour point with PBud. The strain he sold Chem Dog was called Dog Bud because it was so strong you rolled over like a dog after smoking it. It was nicknamed Chem or Chemy because of its taste. PBud said it was from California and that they never saw anything like it before. I have some ideas about where it came from though based on another interview that I will share later.

Also in the video is Asshole Joe of Sour Diesel fame. It is confirmed that Diesel and Chemdawg are the same cut and that Sour Diesel is also the same cut grown by the “Sour Crew” and not a different strain.

Chemdog Weed Where Did It Come From?

Chemdawg genetics come from a mysterious Colorado strain called Dog Bud. It was a tightly held cut that came from California and unfortunately the plant no longer exists according to PBud.

Here is where I am going to speculate on the origins of dog bud, OG Kush and the Chemdog strain. First, the chem was not a selfed or S1 cut because there was a male in the bag seed but foolishly it was thrown away.

But hey, Chem was only 17 and young and foolish and I know he wishes he kept it. Also each of the plants were different. It’s funny that Chemdog got any seeds because the guys who sold it to him had looked for seeds before and never found any.

I believe this bud came from a grow outside LA by a smuggler and breeder named Frank Gigax. They were busted in 1990 and had been sending tons of weed all over the US. They grew in a huge underground bunker with 280 lights in one location and there were several other bunkers. It was probably the biggest pot bust in US history.

This guy was a contractor and figured out you could grow under HPS lights. Without the need to smuggle these guys started breeding and they had gunny sacks of seed they had saved from the best of the best. The reason this weed looked so different to P Bud  is because it was grown underground and under lights.

These guys were breeding and made 3 way crosses. They used Thai weed, hashplant and skunk. They would grow thousands of seedlings and only keep the best. They brought in genetics from Afghanistan that were over 20% THC which was unheard of back then. That’s probably why when you smoked it you fell over like a dog. With thousands of plants you have the large population needed for serious breeding and with Thai in the genetic mix there will be hermies because its prone to this.

They had a strain called Kryptonite(because it could even put Superman on his ass) they sent to Florida and people there still say good weed is krippy there even today. It was in a bag of this weed that the seeds that became OG Kush were from. There were no males and it wasn’t called OG, just Kush and became known as Triangle Kush which is at least a sister if not identical to todays OG Kush.

It is interesting that Chemdog’s first seeds were popped in 1991 and that the guys in Florida that supposedly had the real OG Kush popped their seeds in 1991 also. I don’t think it is a coincidence these strains are similar and I don’t believe they were ordinary bag seeds either. I think these strains were engineered by someones breeding program and spread across the US.

Sources say Frank had an offer to get set free if he would turn his genetics over to the feds. But he didn’t, did his time and now lives outside the US under an assumed name.

I believe the genetics that came out of there will be with us forever because their signature trait is 20%+ THC. I may be wrong about this but it seems to all make sense and the story about Frank Gigax is verifiable if you want to Google it.

As far as the diesel goes it is Chemdog straight up. Both Chemdog and AJ agree. No mystery about where it came from. The thing is stuff gets renamed all the time. That’s what happened with Sour Diesel, ECSD, NYSD and so on. That’s why there are so many OG strains too. This plant also has the ability to express different phenos under different growing conditions which only adds to the confusion.